Peter and I sat down to talk about his object on a snowy Friday afternoon. Here’s an excerpt from our conversation. His words are in italics.

RL: Exactly – I mean, StoryCorps, Humans of New York, Post Secret…I think they’re all really related. And there’s a reason they’re popular. There’s a reason why we like them. There’s something very human and natural about wanting to hear other people’s stories, but also about wanting to share your own. To feel as though you’re part of a community. That what you say is valuable. I see this as another way to do that.

So. Hello, Peter. Tell me about your object.

PL: My object is a book that was read to me long before I was able to read myself called The Velveteen Rabbit. My mother would read it to me. It was fine, and to be honest I can’t remember all of it, entirely, at this moment. But what I do remember, vividly, is my fear of this one rabbit in the story when I think it got lost or taken away or something happened. And then he was given a new rabbit, and it was all white, and it looked like a ghost. And there’s something about that that freaked me out. Like it reminded me of whatever 5-year-old ideas I had about death. I don’t know why that would be so scary. But it was. And I would start to cry. And that was the end of that book.

RL: What did the note say?

PL: Oh…something about getting over your fears or, “You grow past the things you’re afraid of.” Something akin to that. She remembered [the moment] just as much as I did. 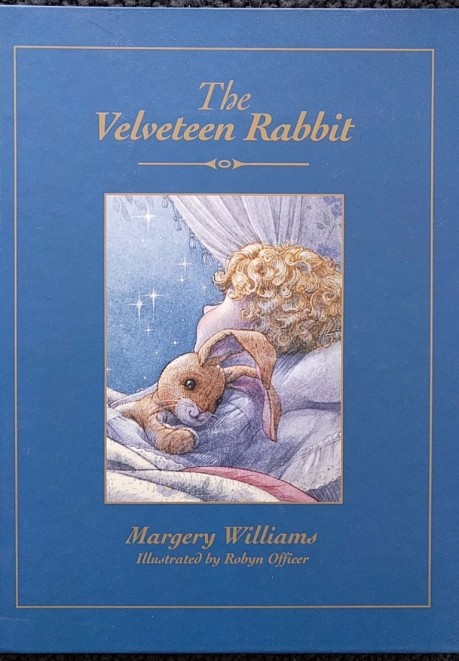 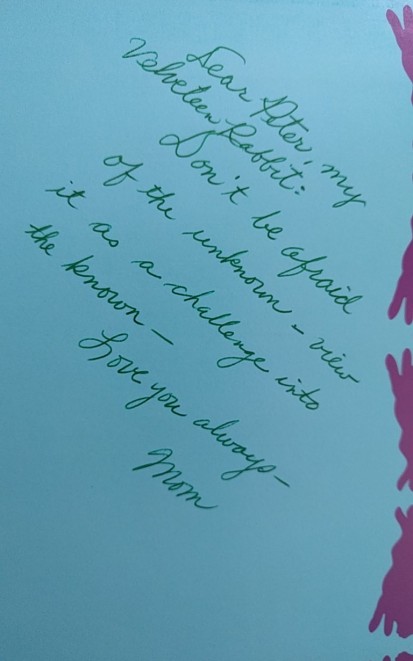 RL: Did you ever finish the book as a kid or did you keep giving up at the same scary moment?

PL: I pretty much had her read it to me but we never finished.

RL: So this is actually a pretty short period of your childhood where this book was read to you? And only a handful of times?

PL: Yes. But it was always kept in our library, and I couldn’t get over it. I didn’t like the word ‘velveteen’ after that! Or anything associated with [the book]…It’s weird. It doesn’t make a lot of sense why this one artist’s drawing was such a distinctive fear. It’s just an illustration. There’s nothing terribly vivid about it. But something about that white bunny…

RL: Had you ever read the book the whole way through before your mom sent it to you recently?

RL: That’s interesting. Because it seems like it wasn’t made into that really sentimental, special memory until your mother sent you that object again.

PL: Exactly. I still have it. It’s not the original version though. [Laughing] I looked, and it’s not as scary as it once was.

RL: Oh. so you think the illustrations have changed.

PL: Yes. I had it in the early 80s. I’m absolutely sure that the drawings have changed. I haven’t been able to find the old drawings. The old school one is blue on the cover.

RL: That’s really funny. Because it could be that as adult Peter you just know that it isn’t scary.

PL: That may be. Maybe your mind plays games with you. It’s a very early memory. And I don’t remember a lot from that time. I remember we’d be on my water bed when she’d be reading to me. But that rabbit is pretty distinct.

RL: When did you say your mom sent this to you? Was it a special occasion?

PL: A couple years back. I think maybe we talked about the book…but nothing that would have prompted that gift. She just sent it. I was in Chicago at the time and she was in Buffalo.

She’d get a kick out of knowing that I was getting interviewed over this.

Below is an illustration by William Nicholson from a 1922 version of the book. 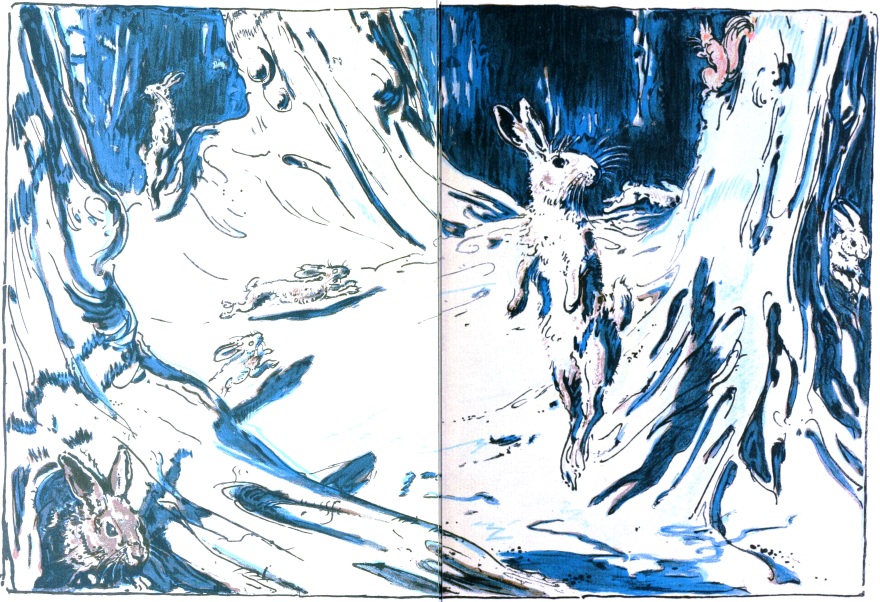 In the original story, the first stuffed toy rabbit is discarded when The Boy (the rabbit’s owner) has just recovered from scarlet fever. To prevent the spread of disease, The Boy’s old items must be burned. The night before the rabbit is to be destroyed, a Fairy turns him Real. This illustration shows that Real rabbit living in the woods with others of his own kind. Read more about the story here.